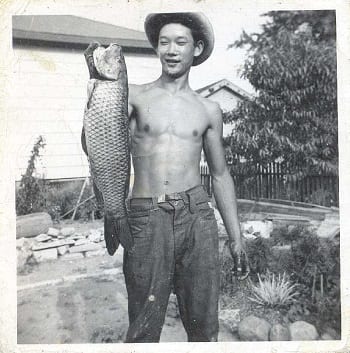 An award-winning scientist, environmentalist and broadcaster David Suzuki grew up in Leamington. He attended Mill Street Elementary School and Grade 9 at Leamington Secondary School before moving to London, Ontario.

Read Essay of David Suzuki “We lost something, a strong sense of community and connection to place”. He wrote it for 1000 Towns of Canada especially

“After World War II, my family was expelled from British Columbia where we had been incarcerated in a remote village in the Rocky Mountains for the duration of the war, so we ended up in Leamington in southern Ontario.  This was a centre of farming in Essex county that boasted of being the home of Heinz ketchup.

We were the first “coloured” family to move into Leamington and my parents were nervous.  As a child, I experienced only minor episodes of overt racism, and my recollections of Leamington are filled with happy memories.”

Read and watch more about famous Canadians from Leamington