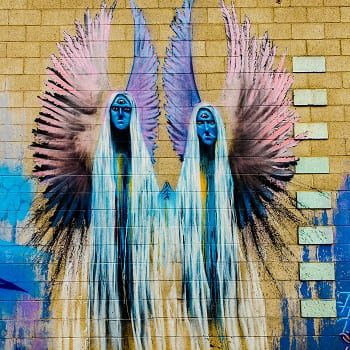 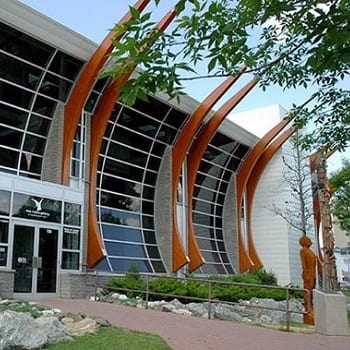 Two Rivers Gallery is a centre for visual art in Prince George and the central interior of British Columbia. The gallery proudly sits on the traditional, unceded territory of the Lheidli T’enneh. The Art Gallery opened in July 2000 as a purpose-built art museum. Its award-winning design was the work of Alberta architect Barry Johns. […] 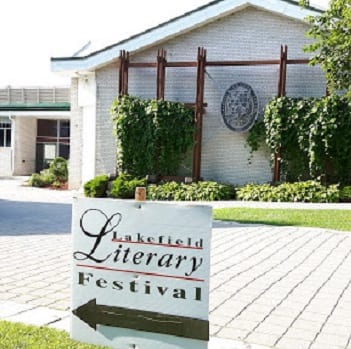 In commemoration of Margaret Laurence, Catharine Parr Traill, Susanna Moodie and our community’s ongoing literary heritage, the Lakefield Literary Festival showcases Canadian authors and promotes the joy of reading and writing among children and adults. The Lakefield Literary Festival celebrates the rich literary heritage of its locale and showcases many current Canadian authors with events […] 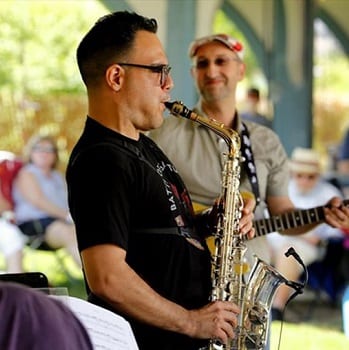 Each summer, on first Saturday of July, Lakefield hosts the annual Jazz, Art and Craft Festival at Isabel Morris Park, an event featuring open-air jazz concerts and displays from local artists. The park is beside Lakefield’s scenic Otonabee River. 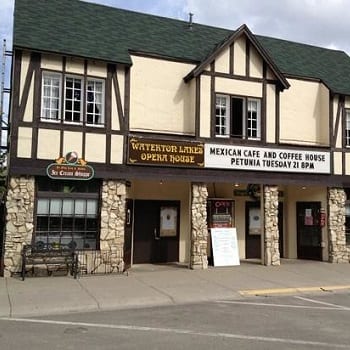 Enjoy the towns very own theatre with showings ranging from top movies to live performances, all in the environment of the beautiful heritage feeling atmosphere. 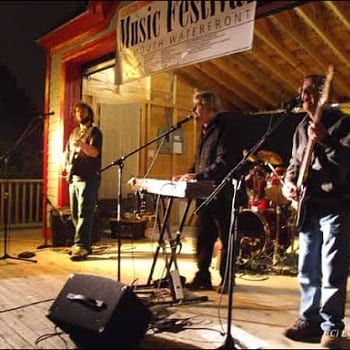 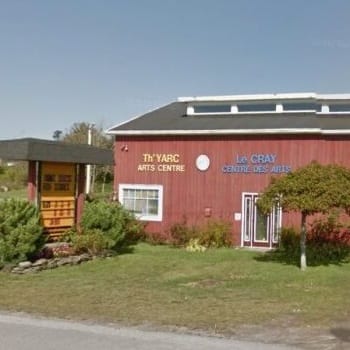 Th’YARC (The Yarmouth Arts Regional Council) Playhouse and Arts Centre is a performance centre located in Yarmouth. We present a wide range of theatre, music, dance, and art events in our theatre, art gallery, and studios. 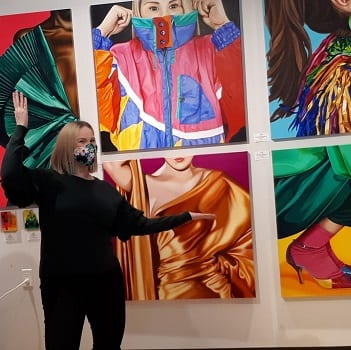 Tides Gallery is located on Kentville’s unique downtown square, an intimate and picturesque blend of restaurants, boutique shopping, and professional services. We are 10 visual artists representing the widest expression of styles, materials, and experience.  Our artists have earned strong recognition in regional and provincial venues, and some at national and international exhibitions. Their interpretations […] 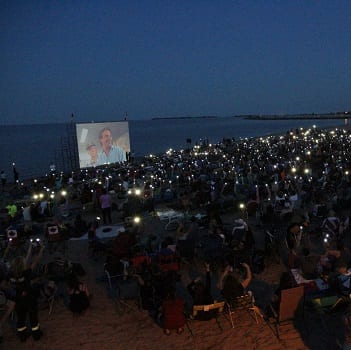 July The Gimli Film Festival is Manitoba’s premier film festival. Over the last eighteen years, our audience, sponsors and partners have supported and shaped the festival into what it is today. Join us for critical, engaging and entertaining cinema from the most promising Manitoban and Canadian filmmakers and an exceptional selection of feature films and […] 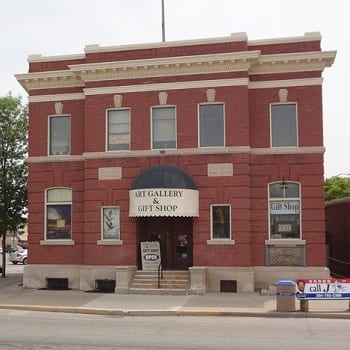 If you’re looking to see some beautiful art, then the Selkirk Community Arts Center is the place to visit. The center was opened in 1991 after volunteers raised money to purchase and renovate it after it was condemned, the building was formerly an old post office before being renovated into the center it is now. […] 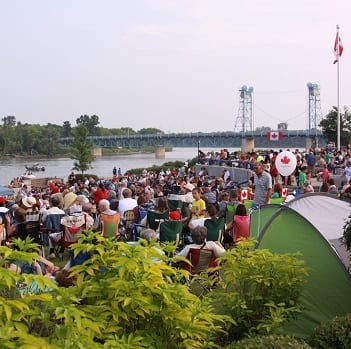 June – August Selkirk’s Waterfront Concert Series is a popular draw for residents and visitors throughout the summer. Enjoy music with the gorgeous view of the Red River as the backdrop or visit one of the many food vendors to grab a bite to eat. The series gets underway with the Season Opener in June, […]

Lost in the Barrens 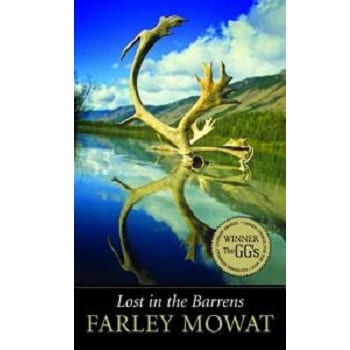 In Canada and elsewhere, Farley Mowat’s Lost in the Barrens is used as part of school reading. The book was published in 1956. This children/young adults novel is set in The Pas. The Pas is the main trading centre to which the book’s protagonists travel to stock up on provisions and supplies to take back […] 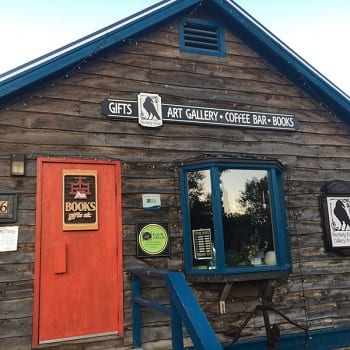 The Rusty Raven is a gallery and gift shop specializing in custom framing, northern art and crafts and great tea and specialty coffee. 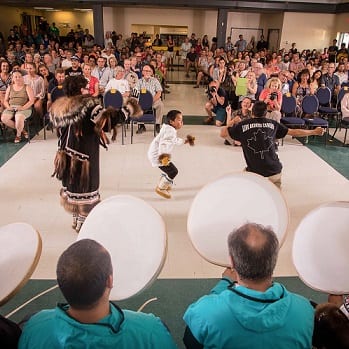 July We gather together under the midnight sun to celebrate the richness and diversity of arts in the north.  We welcome you to our vibrant arctic town, situated on the traditional territories of the Inuvialuit and Gwich’in people. Nearly one hundred artists from across the Northwest Territories participate in the Great Northern Arts Festival, held […] 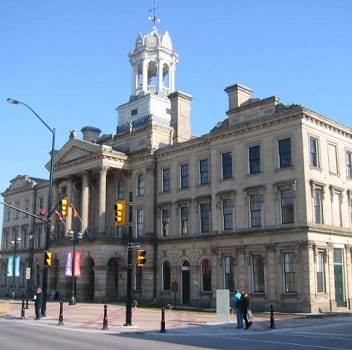 Victoria Hall is a cultural centre of Cobourg. Since the 1860s, it’s been a historical and architectural landmark and is home to dozens of annual events. Designed by Canadian architect Kivas Tully, the three-storey building features a portico entrance, four Corinthian columns. It is elaborately decorated with stone-cutter art. Photo: NormanEinstein at English Wikipedia, Wikimedia […] 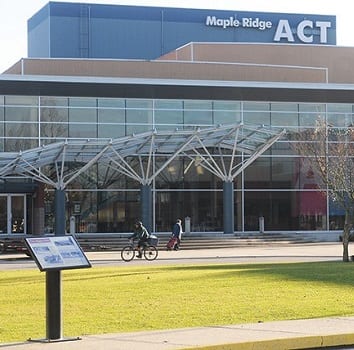 The Act Art Centre is a family-friendly place that excels at art programs, gallery exhibitions and performing arts that display many cultural and community events. They host many types of events and hold programs to teach others the values of art and artistic skills. The Art council was created in 1970 and the Art Centre […] 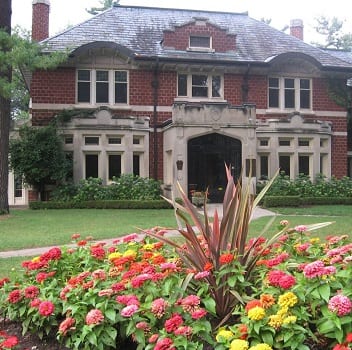 Located in beautiful Glenhyrst Gardens, the art gallery is a collection of contemporary fine art. The gallery offers a range of activities, such as classes, events, guided tours, lectures, Art Rental Service, School Education Program and rental of the estate facilities. Glenhyrst Art Gallery is a perfect place to lay your hands on more than […] 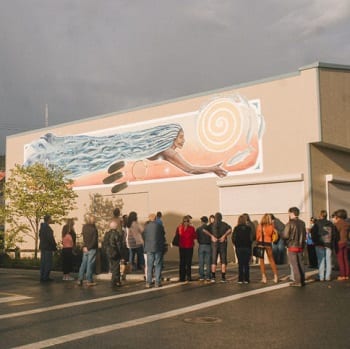 The iconic Mural Art walk makes city visitors with the experience of colures and culture. You can pick up a Culture and Heritage Walking Tour Map from the Visitors Centre or Museum of the CaribooChilcotin. Photo:  Casey Bennett, downtownwilliamslake.com 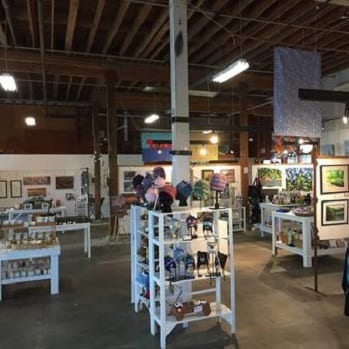 The Icehouse Gallery is the retail administration of the Northwest Coast Artists’ Cooperative, where you will track down a broad scope of high-quality, unique fine art made by Northwest Coast artists. 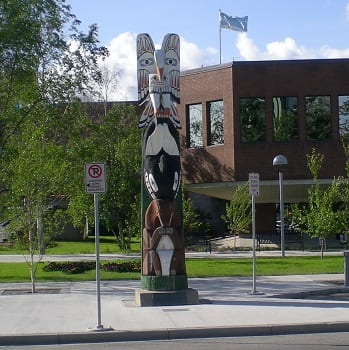 Nootka totem pole stands in front of City Hall. It was carved at Nitinhat BC by carver Frank Knighton. In 1971 the totem was donated by the People of British Columbia. Photo: CambridgeBayWeather, Wikimedia Commons 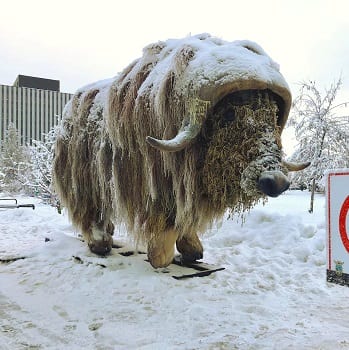 The mosaiculture horticultural living sculpture of muskox is exhibited in front of City Hall. The muskox sculpture is a “mosaiculture artwork” — a sculpture made from living ingredients. Its fuzzy surface is covered with sprouted plants that will make the sculpture look shaggier over time. The sculpture was named after Tesla CEO in 2018. Elon […] 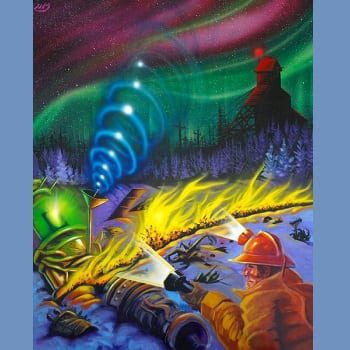 The Soviet nuclear-powered satellite has become a well-known piece of Yellowknife history. In 1978, Kosmos 954 crashes near Great Slave Lake, scattering radioactive waste across a 124,000 square kilometre swath of the Northwest Territories, Alberta and Saskatchewan. At first, the USSR claimed that the satellite had been completely destroyed. But searches showed debris from the […] 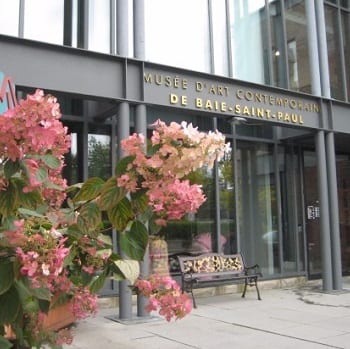 Located in downtown Baie-Saint-Paul, this art museum has featured many exhibitions throughout its years of operation. The architecture of this museum is an art piece itself, in its previous life, the museum was a cinema. The architect wanted to honour its past and embrace classic and elegant design elements. Photo: www.musees.qc.ca 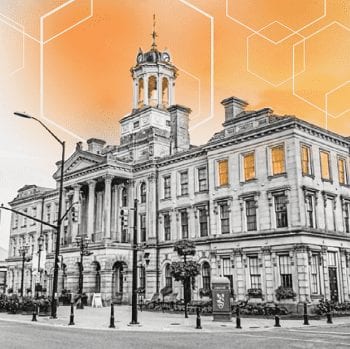 The Art Gallery of Northumberland’s collection consists of over 950 works of local, regional, national and international significance, predominantly by Canadian artists. The Gallery was opened in 1960 but started to look as we know it today in 1983. The historical pieces focus on Northumberland County’s development through portraits of noted citizens, landscapes depicting this […]

Music on the Barge 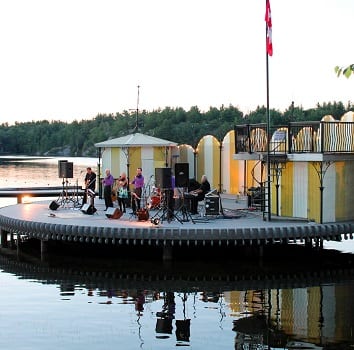 Every summer Sunday evening in Gull Lake Rotary Park The “Barge” live concert series is the most extensive outdoor concert series north of Toronto. For over 70 years, the “Barge” offers dozens of live concerts, shows and performances. The place draws hundreds of music fans all over nearby provinces. Come to Gull Lake’s shores to […]

Cinema Under the Stars 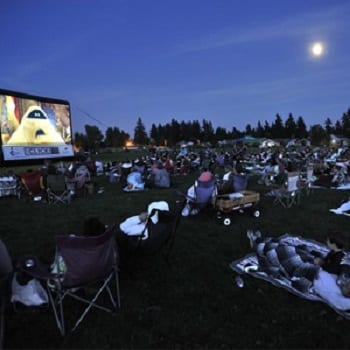 Every Thursday evening in July & August One of the most beloved activities quickly became a tradition since the initial launch of cinema under the stars in 2012—Stargaze under Muskoka lake’s beautiful sky. More than just an outdoor movie, the Town of Gravenhurst offers an entire evening of fun for families with crafts and activities […] 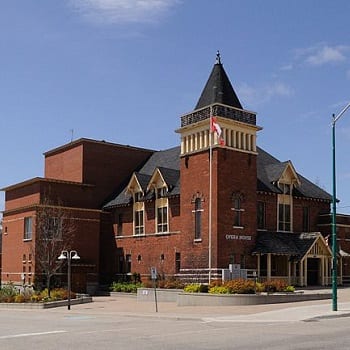 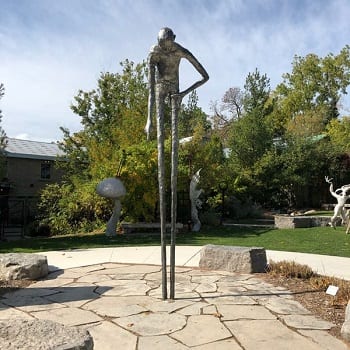 A sculpture park on the corner of Mill & Metcalfe streets is an amazing selfie spot. The sculptures are by local Elora artists. The landscaping of huge rocks and trees represents Elora’s more rugged Elora Gorge close by. 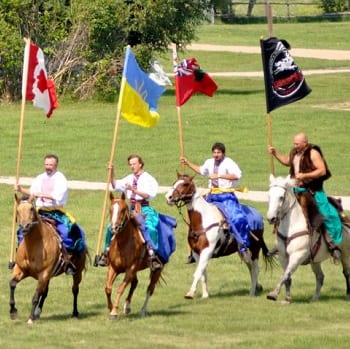 August long weekend Canada’s National Ukrainian Festival in Dauphin is one of the longest and largest running festivals in North America. It provides and showcases talent from North America and across the world, from one of the richest and brightest cultures around. According to the 1996 Canadian census, Ukrainians constitute the largest ethnic group in […] 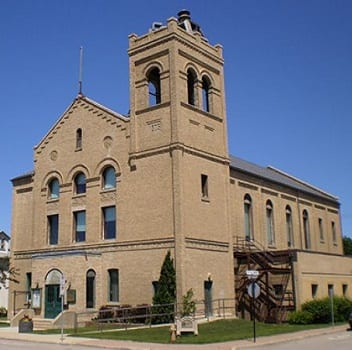 The Watson Art Centre is the cultural hub of the community. Built in 1905, the Watson Art Centre (WAC) originally housed city hall. It is home to an annual concert series featuring top-shelf musicians from around the world. The WAC also showcases art exhibits that are switched around leisurely throughout the year so you never […]