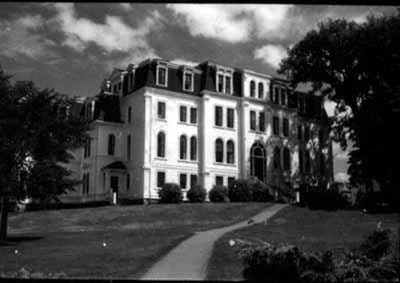 Welcome back to Haunted Canada Part 2! Get ready to be thrilled by the top haunted locations across Canada. 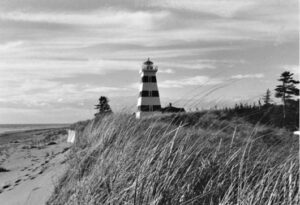 West Point Lighthouse is also infamously haunted and even made the Readers Digest 10 Most Haunted Canada places list. Allegedly the original lighthouse keeper, William Anderson MacDonald, has come back from beyond the land of the living to ensure the light is being adequately taken care of. Back in the 1980s, the lighthouse was converted into an inn by a dedicated group of volunteers. The volunteers witnessed strange things, such as one volunteer claiming to have turned off the lights in the lighthouse, only to step outside and see them flicked back on. Another volunteer claims they thought they saw a bearded man sitting in the bedroom when the lighthouse was supposed to be empty. The rumours of the lighthouse’s haunted status have only strengthened in recent decades, making it a must-visit for anyone interested in the paranormal. 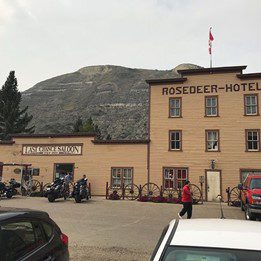 In Drumheller, the community of Wayne is home to the Last Chance Saloon and the Rosedeer Hotel. In 1912 when Wayne was in its prime, it had a population of 2000 people, with a thriving coal mining industry. Back in the day, the saloon was nicknamed “ Bucket of Blood” because of the number of drunken fights that would break out at the establishment. After the great depression swept through the area, Wayne closed all its mines by 1932. However, despite all adversities, the Last Chance Saloon and Rosedeer Hotel remain open to this day.

Supposedly back in the 1920s, many working miners supported the communist party, with many of the Ukrainian and Russian miners wanting to form a union. Allegedly, the coal mine owners were not in favour of this and brought in some KKK union busters to disrupt this unionization. The Klan members beat up several union organizers, leaving two dead in a room on the third floor of the Rosedeer Hotel. This room’s haunted reputation has only grown over the years, and the room is still available for any guest brave enough to endure a night in it.

Legend has it that if you look towards the Chaleur Bay from the town of Beresford, you might be able to catch a glimpse of the Baie des Chaleurs Phantom Ship. The myth of the great ship dates to the 1500s. The story goes that two Portuguese explorers lured the indigenous people that lived around Chaleur Bay onto their boat and intoxicated them with whiskey until they passed out. The captives were then chained below deck and sailed back to Portugal, where they were sold as slaves.

The Portuguese were so pleased with the profit they received for their human cargo that they soon returned to Chaleur Bay. This time, the native population was prepared. They took revenge on the Portuguese freighter for kidnapping their people, killing all of them. Two years later, a search party discovered the Baie des Chaleurs. As the party boarded the ship, they were attacked by the Chaleur Bay indigenous people. The Portuguese were determined not to lose a fight, so they set their ship ablaze, killing all but one Indigenous survivor to tell the story. However, hundreds of years later, some locals of Beresford still claim they can see the giant ship burning out in the bay.

The Fort George National Historic Site is a fort that was used to protect upper Canada and the town of Niagara-on-the-Lake from American attacks during the war of 1812. Guests can explore eight restored buildings, hear live military music, and witness live musket demonstrations. The fort is also a popular place to go on guided ghost walk tours because of the fort’s allegedly haunted status.

The historic site is supposedly home to many spirits of long-dead soldiers; however, the most frequent paranormal sightings at the fort refer to a ghost girl named Sarah Ann. She has been sighted multiple times at the barracks’ stairs, often tapping Fort Gorge employees on the shoulder before disappearing. The story goes that Sarah died of disease while living in the fort at the age of seven; she now remains at the stairs, continuing her childish games from beyond the grave. Suppose you’re looking to experience what life was like in the 1810s and perhaps experience the paranormal. In that case, Fort George is a must-visit. 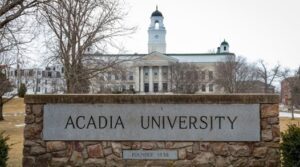 Acadia University is a public university in the town of Wolfville. The institution offers over 200 different degrees and offers many co-op options for degree programs. The university was founded in 1838 and was initially named the Queen’s College.

The Acadia Ladies’ Seminary was constructed in 1878 and now stands as the oldest building on campus. The urban legend of the seminary’s haunted status is an essential part of the university’s on-campus lore. Allegedly in the 1800s, a woman in the seminary discovered she was pregnant out of wedlock. Unable to live with the shame and social ramifications of such a pregnancy, the woman became extraordinarily desperate and hung herself to death in the back stairwell of the seminary. The seminary has since been converted into a residential building. Reports of a pale blond lady, who wanders the halls closing opened doors, began to emerge. For those interested in the power of urban legends in academia, they should pay Acadia University a visit. 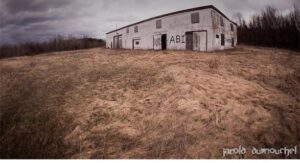 Found in the community of Hinchinbrooke, which is about a seven-minute drive away from the town of Huntingdon, the Institut Dorea is one of Canada’s most terrifying locations. This long-abandoned building was originally an orphanage that was converted into an asylum. Allegedly in the 1940s and 1950s, the provincial government of Québec was responsible for a series of policies that converted church-owned orphanages into asylums to gain more federal church funding corruptly. This resulted in many orphans being falsely labelled as mentally ill so they could be kept at the new asylums without being moved to a separate orphanage.

These orphans were then experimented on and often subjected to horrendous forms of torture such as beatings, rapes, lobotomies, electric shocks, and water torture. Even more horrifyingly, the church also reserved the right between 1942 and 1960 to sell the corpses of any unclaimed orphan children murdered on the premises to medical schools, profiting on their murder victims.

The asylum has been abandoned since the 1990s. It remains a monument of one of the most horrifying chapters in Québec’s history. The horrors these orphan children witnessed and experienced were unjustly cruel and senseless. However, there have been reports the merry-go-round continuously spins by itself at night, even though the location has been abandoned for decades.