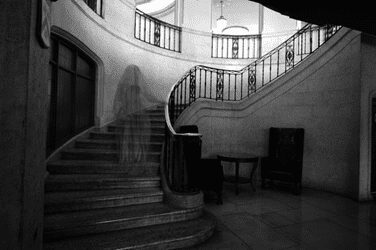 Ghost stories and other urban legends are a staple of most people’s childhoods. Trying to scare friends with terrifying tales of the undead has given many children nightmares. But what if there is some truth behind some of these anecdotes of horror?

Haunted Canada pt. 1 will explore the allegedly most haunted locations found in Canadian towns, but fair warning, this article may leave you terrified. 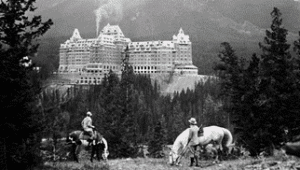 The Fairmont Banff Springs Hotel is a luxury hotel in the town of Banff. Sir William Cornelius Van Horne dreamed of sharing the beauty of the Canadian Rocky Mountains with the rest of the world. In line with his vision, the Fairmont was built and opened to the general public in 1888.

While there are reports of multiple ghosts within the 133-year-old hotel, the most famous is the bride. The legend of the ghost bride started in the 1920s after a regrettable event on a young couple’s wedding day. In her full wedding gown, a young bride was startled by something on the Fairmont’s marble steps, causing her to trip and fall to her death. In the decades since, guests of the hotel have reported seeing a veiled figure creeping down the steps, re-treading the fatal steps that caused her to miss her wedding day. History enthusiasts and paranormal enthusiasts alike will love to visit the Fairmont Banff Springs Hotel. 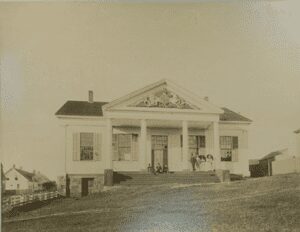 Visitors can find the designated provincial historical site of the Charlotte County Court House in the town of Saint Andrews. The Court House was built by Thomas Berry between the years 1839 and 1840. The building is well maintained and still used as a courthouse for Charlotte County.

Supposedly, the courthouse is haunted by the spirits of prisoners that were executed on site. Paranormal investigators have speculated that the executed convicts manifest themselves on the building’s walls as cold spots and report that they feel as if they are constantly being watched. There has even been an eye-witness account of a spectre that roams the courthouse carrying a rope. Visitors won’t regret a trip to this exciting piece of Canadian history. 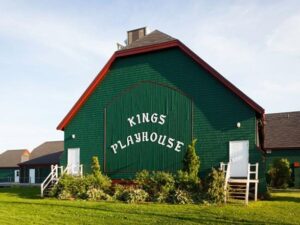 Kings Playhouse has been operating for over 130 years, bringing the exhilarating excitement of stage theatre to the town of Georgetown. The playhouse also hosts art galleries and can be rented out as a wedding venue. The playhouse’s auditorium can seat 280 patrons and hosts frequent on-stage events, including the in-house produced At The Dog Leg Turn Of The Road.

The building was constructed around 1880 and was allegedly built on a graveyard of sailors. A ghost referred to as Captain George has haunted the playhouse ever since. The original building was tragically burnt to the ground in a fire in 1983. Still, a replica was rebuilt the following year. However, the hauntings did not stop, with visitors frequently reporting chilling whispers down the hallways. There are even reports of the ghost-captain grabbing theatre goer’s ankles. Captain George has been described as a figure in a long coat who carries a lit lantern.

The Kings Playhouse staff have been good sports about the supposed hauntings and even have a front-row seat reserved in the theatre for the captain. Should you find yourself in Georgetown, be sure to take in a show at the Kings Playhouse; just don’t be too surprised if a lingering spirit grabs at your ankles during the performance. 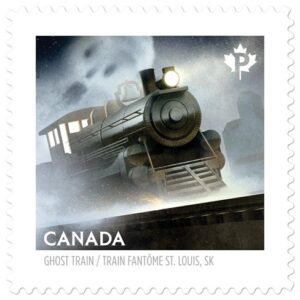 Found in the village of St. Louis, which is about a 40-minute drive away from the town of Rosthern, the St. Louis Ghost Train haunts the locals. The legend of the Ghost Train dates back to the 1920s. The story goes that a railway conductor was inspecting the tracks at night. Still, in an unfortunate accident, he had his head cut clean off by an oncoming train. While the railroad tracks have long since been removed, locals still claim to see an ominous white light moving along where the tracks used to lay. Visitors can experience this phenomenon for themselves by heading North of St. Louis across the river, where the train tracks used to lie.