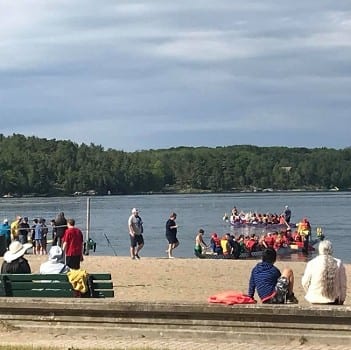 Parry Sound is proud to be the home of a  Blue Flag certified beach known as Waubuno Beach. This is a large sandy beach with volleyball courts. 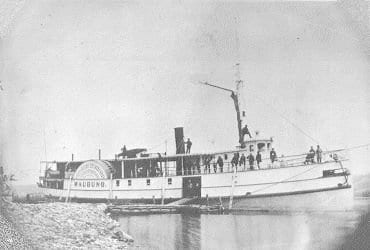 Waubuno was a side-wheel paddle steamer that conveyed passengers and freight between Collingwood and Parry Sound in the 1860s and 1870s. 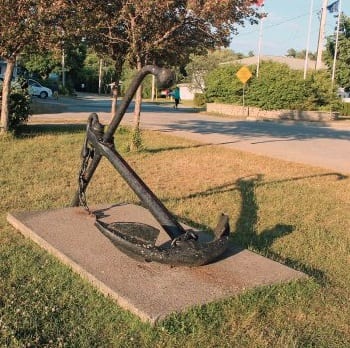 There is a sizable old anchor near a Historical Plaque, which reads:

“This anchor, recovered in 1959, belonged to the steamer “Waubuno”, a wooden sidewheeler of some 180 tonnes which was built at Port Robinson in 1865. She carried freight and passengers in the shipping trade which flourished on Lake Huron during the nineteenth century. Commanded by Captain J. Burkett, she sailed from Collingwood on November 22, 1879, bound for Parry Sound. The “Waubuno” encountered a violent gale later that day and sank in Georgian Bay some 32 km south of here. All on board perished, and although some wreckage was later discovered, the bodies of the 24 victims were never found. The specific cause of this disaster has never been determined.”