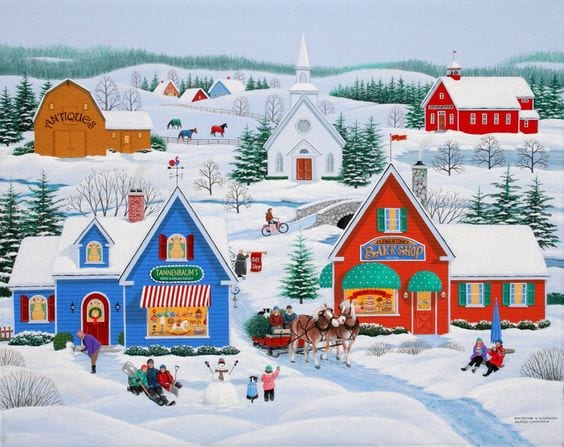 While Torontonians rush to the Mystical Landscapes: Masterpieces from Monet, Van Gogh and more exhibition in the Art Gallery of Ontario, Western Canada discusses Picasso: The Artist and His Muses closed a few weeks ago in the Vancouver Art Gallery, Small Towns residents enjoy less-known art galleries/festivals/salons. Let’s go to the most exciting with 1000 Towns of Canada. 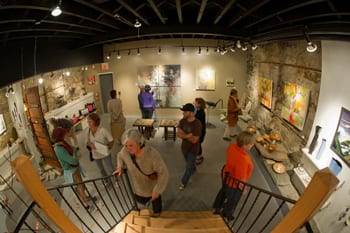 Nelson has earned a reputation as a cultural centre. The town boasts its own arts college and fine arts centre, a range of theatres, galleries, festivals and cultural events all born out of the creative genius of Nelson’s innovative population. Artists, moviemakers, authors and community champions never fail to celebrate the beauty and character of this alluring spot.

Nelson is home to Kootenay School of the Arts at Selkirk College.

The restored Capitol Theatre is a regional hub for the performing arts. 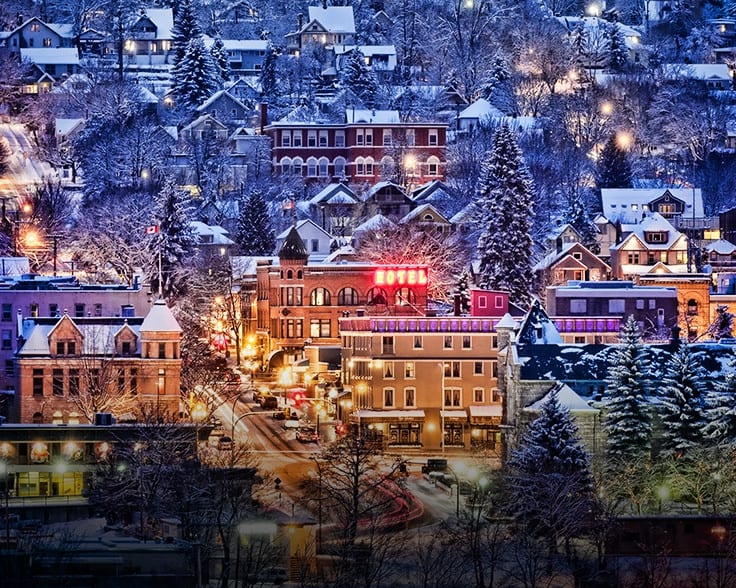 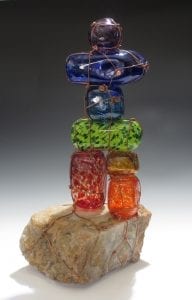 This hot glass studio features handblown glass made in Canada. Tim and Katherine McManus, have been collaborating on designs and techniques for nearly twenty years!

From the gallery, you can view the hotshop where you can watch the artist’s work with the 3000-degree hot glass. Experience a piece being made from start to finish, from a pool of molten glass and how they manipulate it using ancient techniques. 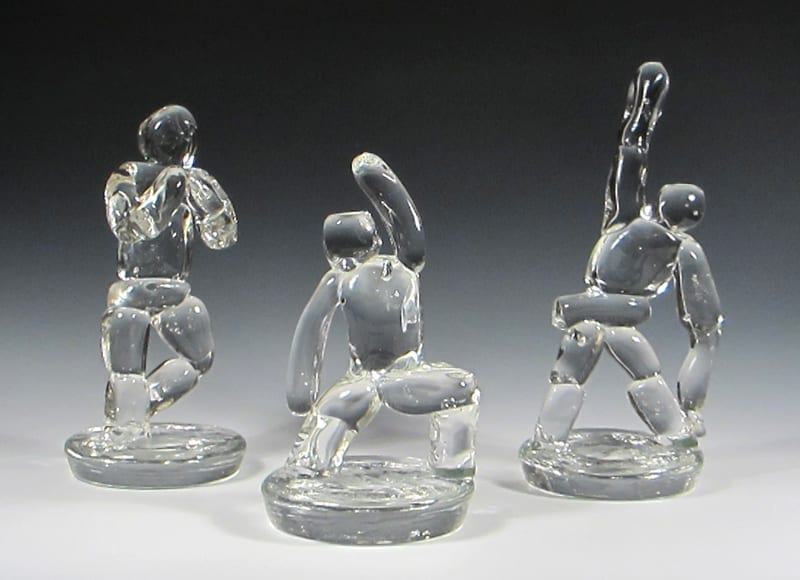 Yellowknife hosts several festivals. The most notable festivals include the Snowking Winter Festival, the Long John Jamboree, and Folk on the Rocks.

In March an epic winter wonderland is created on Yellowknife Bay where the Snowking and his tundra toughened helpers raise up one of Yellowknife and the NWT’s proudest monuments… the Snowcastle.

The Long John Jamboree is also held in March, and patrons can see a variety of ice sculptures, take part in contests and watch a fireworks display celebrating the end of winter.

Folk on the Rocks is a summertime music festival that blends a variety of traditional musical themes into one magical event. 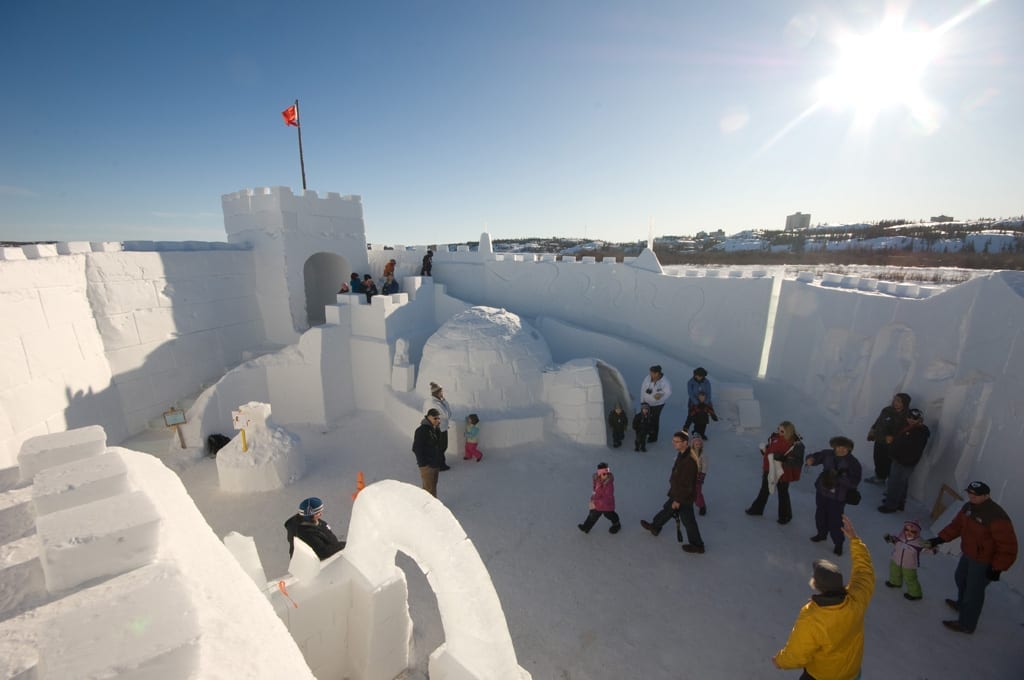 Salt Spring is recognized for its gifted population of artists, artisans, musicians and other performing artists. Coastal Living magazine named the island the top “small arts town in Canada” and one of the top ten such arts colonies in North America.

The number and quality of fine art galleries set Salt Spring on the international art scene. And the number of artists and artisans living on the island means art is woven into the fabric of everyday life here.

The Salt Spring Studio Tour is an all year-’round self-guided tour of 30 diverse studios/workshops. Members cover the spectrum from pottery, glass, wood and weaving to herbs, bread, cheese and wine. 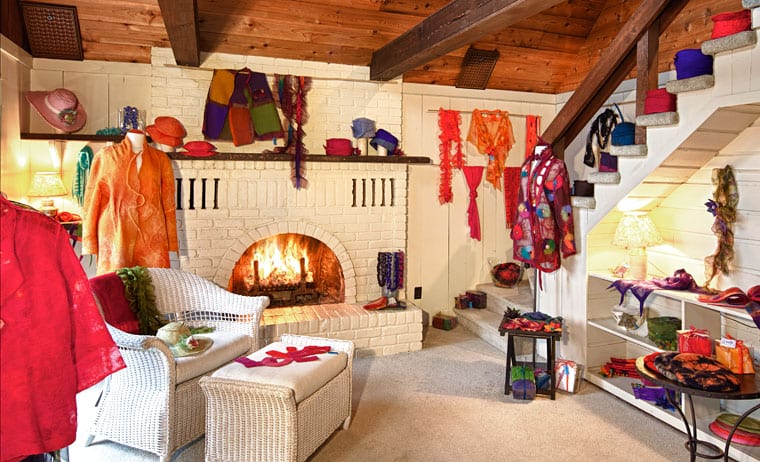 Stratford is known as one of the greatest arts communities in North America. One of the biggest attractions in Stratford is the Stratford Theatre Festival inspired by William Shakespeare. Stratford Festival is North America’s largest classical repertory theatre company. Each season, it presents a dozen or more productions in four distinctive venues. Festival produces classics, contemporary dramas and musicals, with special emphasis on the plays of Shakespeare.

The Stratford Summer Music Festival is another major event that attracts artists and music lovers from all over Canada. This month-long music festival features more than 350 musicians playing in indoor and outdoor venues all over town.

Baie-Saint-Paul is the birthplace of Cirque du Soleil in the early 1980s. A troupe of performers founded by Gilles Ste-Croix took to the streets of Baie-Saint-Paul, a charming village on the shores of the St. Lawrence River near Quebec City. Les Échassiers de Baie-Saint-Paul (The Stiltwalkers of Baie-Saint-Paul) – including one Guy Laliberté – juggled, danced, breathed fire and played music, to the delight of locals and visitors. 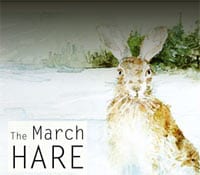 Corner Brook is home to Grenfell Campus, Memorial University where a strong and vivacious arts community exists both within the school and well into the public. Corner Brook Arts and Culture Centre among other institutions thrive in promoting the arts on all levels from visual arts to theatre and well beyond.

Corner Brook is home to Stage West Theatre Festival, a summer theatre festival running through the month of July, and Gros Morne Summer Music, a classical music festival that spans July and August. 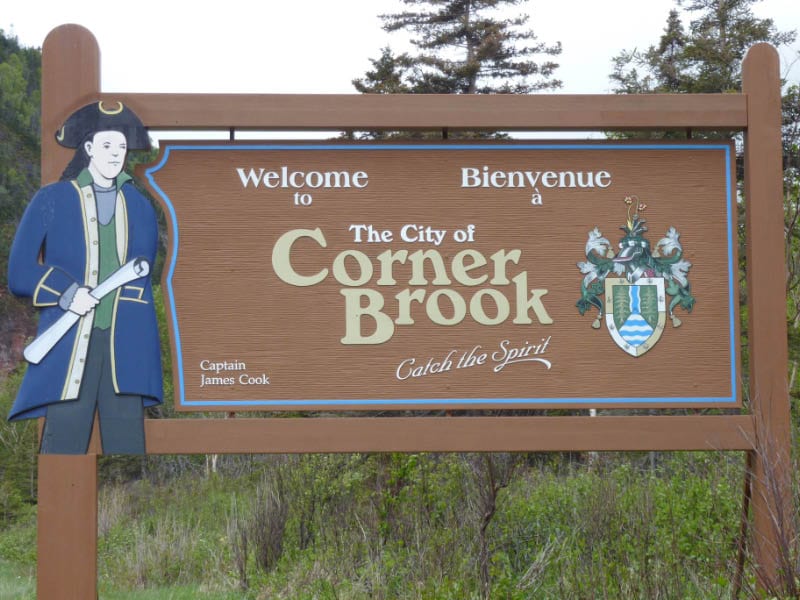 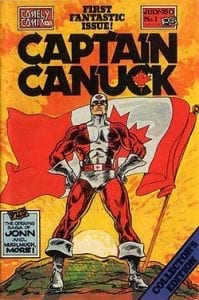 The Northern Visual Arts Centre (or NorVA) was established In 2010, as a studio and gallery space for local visual artists. NorVA frequently hosts workshops, concerts and other community arts-based events.

Every two years, the Flin Flon Community Choir, directed by Crystal Kolt, performs a musical production for the community. 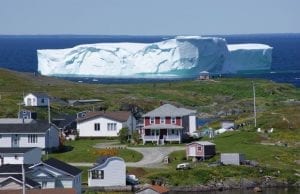 Thunder Bay has declared a “Cultural Capital of Canada” in 2003 and it was no surprise since the city houses numerous cultural centers, including the Finnish Labor Temple, Scandinavia House, the Italian Cultural Centre and the Polish Legion.

The largest professional theatre is Magnus Theatre. Founded in 1971, it offers six stage plays each season.

The Thunder Bay Community Auditorium is the home of the Thunder Bay Symphony Orchestra, which has 30 full-time and up to 20 extra musicians presenting a full range of classical music.

The Bay Street Film Festival, established in 2005, is an independent film festival that features local, national, and international films with the theme of “Films for the People.” Thunder Bay is also home to the North of Superior Film Association (NOSFA). 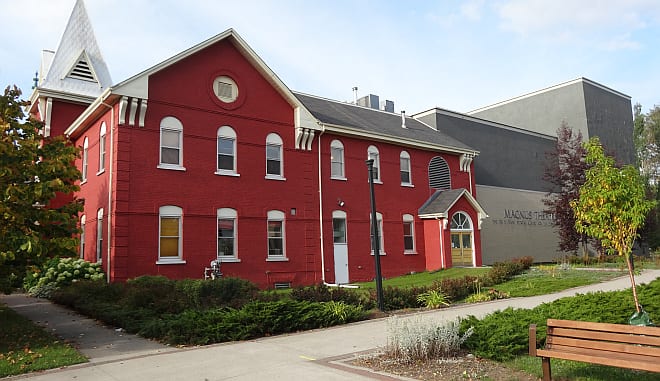 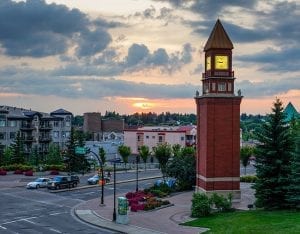 St. Albert is known as “The Botanical Arts City” because of its many green initiatives. The government is committed to attracting environmental and botanical researchers and engineers from around the globe. St. Albert also has a variety of green programs: Clean Air Day, the Rain Barrel Program, etc.

There are the Arden Theatre, the Public Art Collection, and several art and craft festivals.

The Northern Alberta International Children’s Festival in St. Albert is one of the longest-running children’s festivals in North America, attracting over 40,000 participants over 5 days, at the end of May.

The Cheremosh Ukrainian Dance Festival, held at the Arden Theatre is one of the largest dance festivals of its kind in North America. 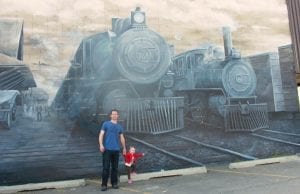 Tim Giles is a local artist, who moved to the town in 2003 and began creating the downtown murals in 2004. He works from archival photos of the town and often incorporates elements of the buildings into the paintings. His realistic scenes tell the story of daily life here between the 1890s and 1930s.

There are more than 40 murals dotting Lacombe’s alleyways. These murals are divided into two groups and depict scenes from Lacombe’s history. The first group details historic buildings and events from 1890 to 1910, while the second group shows scenes from 1930’s Lacombe. 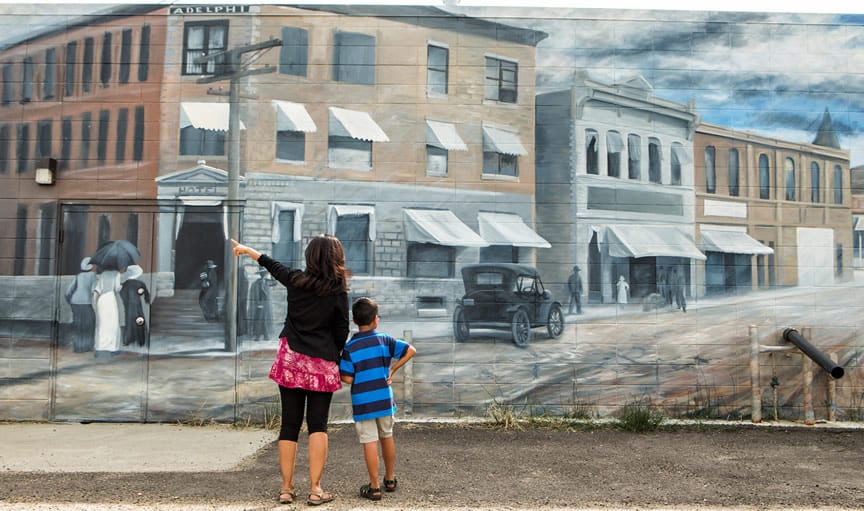 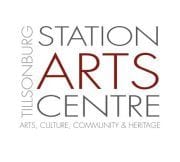 The cream colored brick train station was built by The Great Western Railway during the spring and summer of 1879 and is one of the oldest buildings in Tillsonburg.

The Station Arts Centre, a combination of heritage and function, is comprised of two historic train stations that have been refurbished and restored to combine the “old” and the “new”.

The Great Western Railway, the Changing Exhibit Gallery and the Tillsonburg Lake Erie & Pacific Station have been combined to create the facility often referred to as simply  “The Station”. 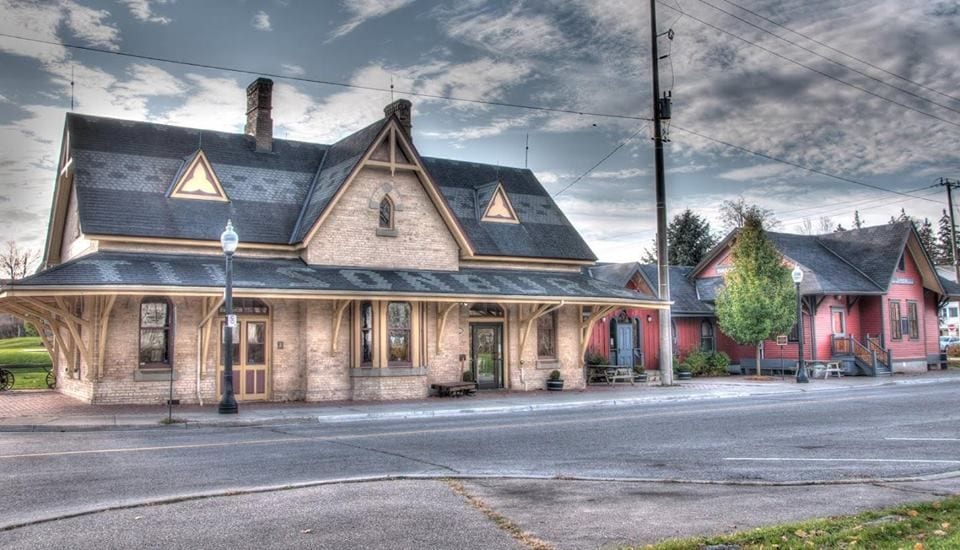 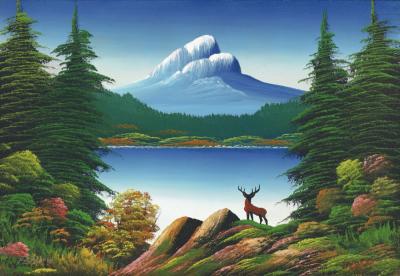 The Art Gallery of Grande Prairie is one of the most visited galleries in Canada on a per capita basis. Additionally, it is one of the largest public galleries. It opened a spectacular new facility in 2012.

The Reel Shorts Film Festival is a five-day international festival of short films in Grande Prairie that takes place in early May. 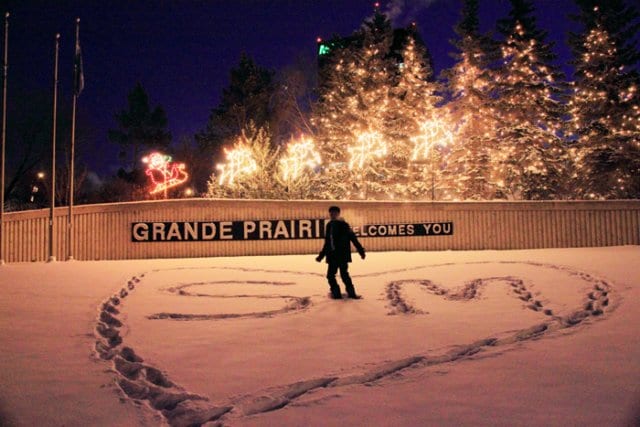 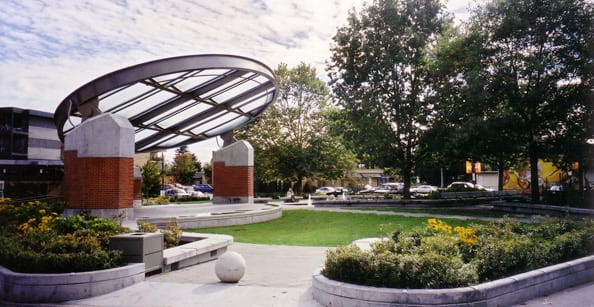 Moose Jaw Band & Choral Festival takes place annually, in May with free concerts featuring concert bands, jazz bands and choirs. Starting in 1950, it is one of the longest, continuous festivals of its kind in Canada. 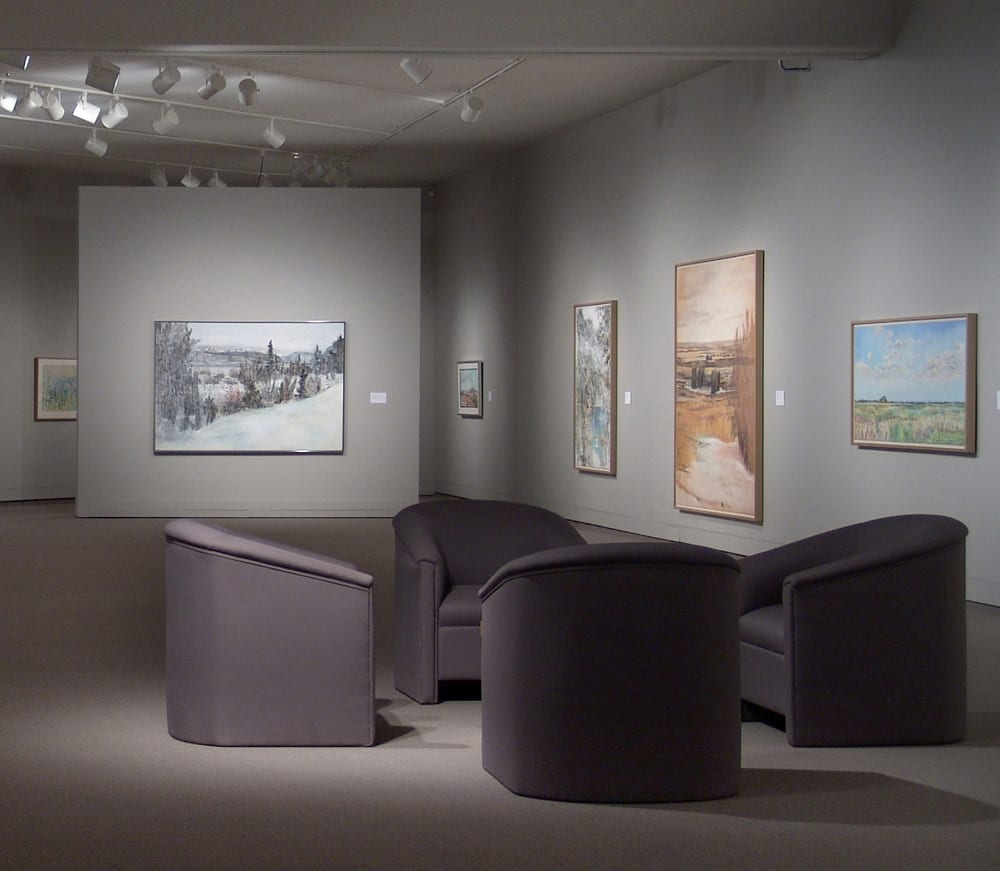 The Haliburton Highlands is home to a thriving arts community. Artists’ studios can be found in almost every community, many offering public demonstrations, small galleries, and classes. There are murals and public sculptures in the downtowns of most communities, as well as in park settings.

The collection now includes twenty-seven sculptures and three on-of-a-kind benches, by Canadian and International artists as well special exhibits featuring the work of graduates of the Haliburton School of The Arts. 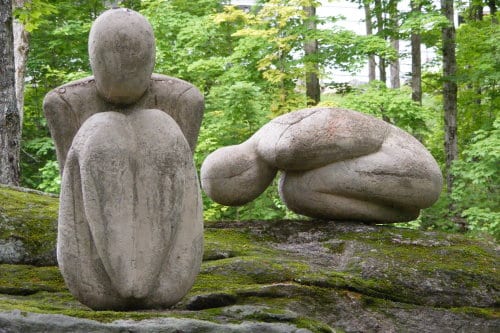 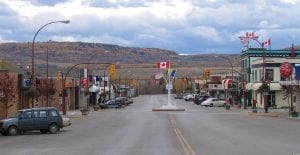 The cultural identity of Dawson Creek rests on its designation as Mile “0” of the Alaska Highway. The Mile “0” post is located in the historic downtown area.

Dawson Creek has a thriving arts community. The Dawson Creek Community Arts Council is made up of more than 15 artist groups representing historians, performing arts, visual arts, and literary organizations.

The Station Museum, connected to the art gallery, displays artifacts and exhibits associated with the construction of the NAR railway and the Alaska Highway. 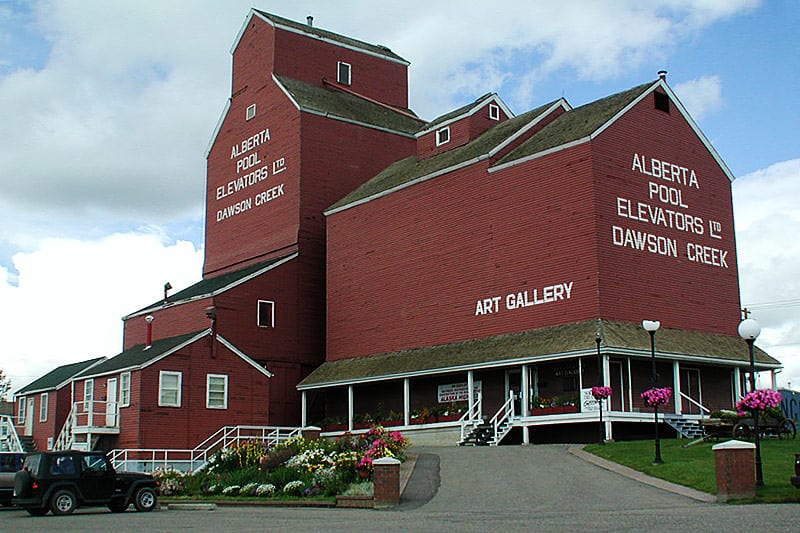 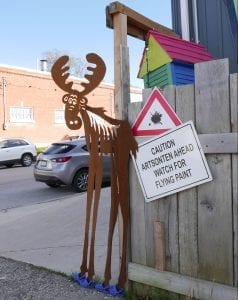 Flesherton is a community in Grey County, Ontario, located at the junction of Highway 10 and Grey County Road 4 (formerly Highway 4). The area has become home to many artists and musicians.

One of them is a creative art gallery Arts on Ten.

According to the founders, the creative forces behind the shiny ARTSONTEN GalleryBoutique have a mission. The lofty task (the idea started and developed over a bold, dry cab-sauv) is to bring original, local art back to the forefront, where it belongs.

Their job is to provide art and crafts, created by their own paint-spattered hands to those who truly appreciate the finer things in life – like art. 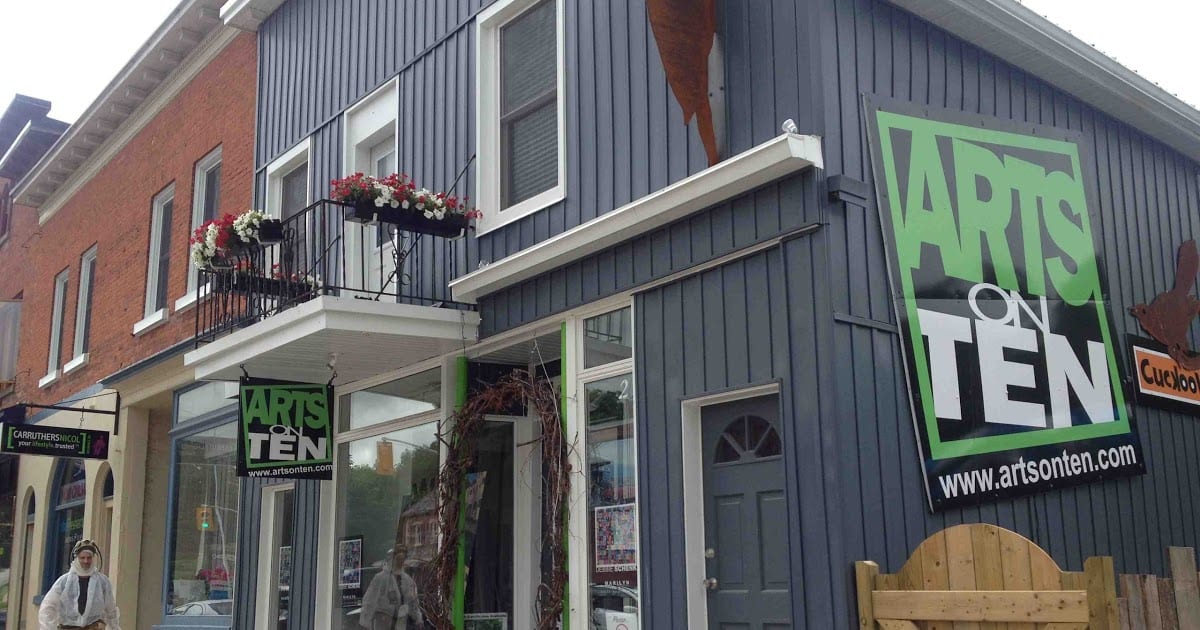 One of the oldest towns in Canada, Rimouski was first settled in 1696. Today, Rimouski is a popular destination for historians, artists and oceanographic researchers.

In November, the town is the host of the yearly Salon du Livre de Rimouski created in 1964 by a group of women with a passion for literature. Every year, more than 125 authors participate in the event. 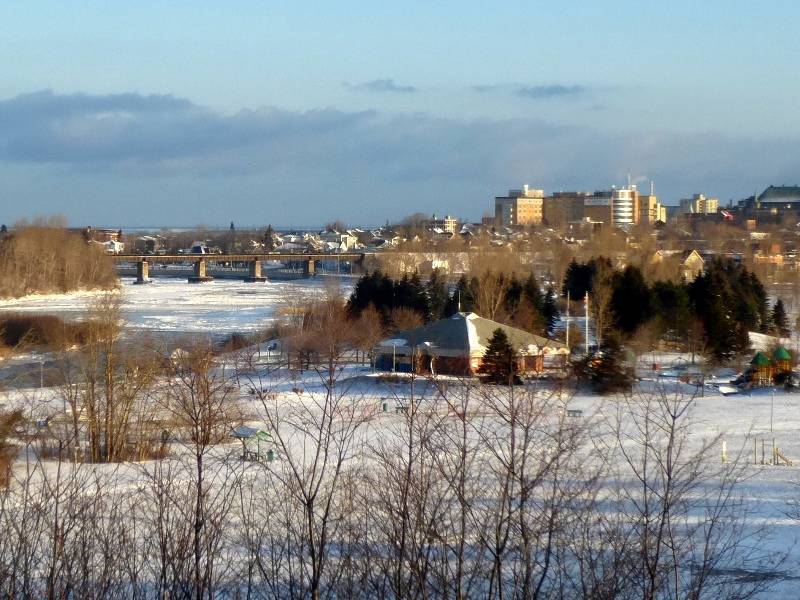