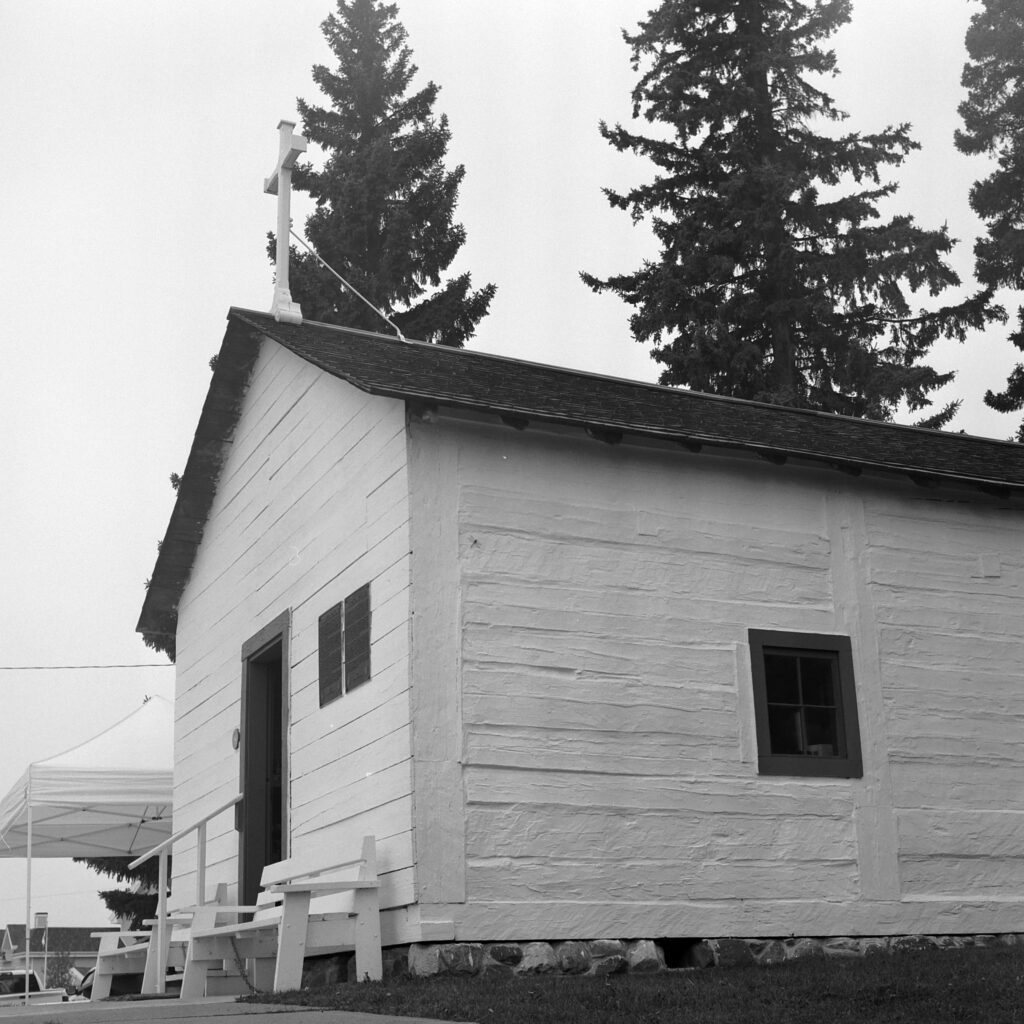 Alberta is known for its natural beauty, this includes everything from Lakes, to canyons to Glaciers. However, one aspect that often gets neglected due to the abundance of natural beauty is Alberta’s history.

In this blog, we’re going to be talking about the oldest historical landmarks that are found in Alberta.

Found in Mission Hill, Father Lacombe Chapel is Alberta’s oldest surviving building.  The Chapel was constructed by Father Alberd Lacombe and the Metis. The log building was built to serve a roman catholic mission and soon become the centre for french speaking metis of St Albert.  Through the restoration process, the chapel today looks exactly like it would have during the 1860s. In 1929 the building was converted into a museum and in 1977 it was declared a Historic Site.

Clerk’s Quarters is found on the lands of Fort Victoria (not to be confused with the one in BC). The quarters were built in 1965 and are a good example of a mid-nineteenth-century Hudson Bay Company post on sil or Red River frame wooden structure.  Today the fort, which houses the quarters, is a historical museum known as Victoria settlement.

Located At the Rocky National Historic Site of Canada, are two chimneys that are in third place on our list.  The site was built by the Hudson Bay and North West Company for the business of fur trading. However, when the site soon disbanded and by 1875 there was the permanent occupation of the site.

The IG Baker Company of Montana and the HBC most likely Hunt house between 1876 and 1881. Hunt house is a late nineteenth-century one-storey log building. IT is on a  single lot near the confluence of the Bow and Elbow rivers in Calgary. The House has a simple structure featuring a wood-shingled exterior, gable roof and brick chimney. It remains as one of the three Hudson Bay company buildings that are still standing in Alberta.

C.O Card house is a one-and-a-half-story log building located in the small town of Cardston. The building is associated with Charles Ora Card and the first Mormon “stake” in Canada. The building was dismantled, cleaned and reassembled as a part of the community’s Golden Jubilee in 1937 and is now a museum.