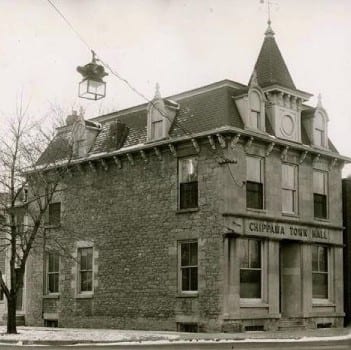 The Chippawa Town Hall was built in the old town square, which was situated amongst many of the businesses in Chippawa. Chippawa later became a part of Niagara Falls.

There is a beautiful bandstand across the street where weekly concerts often take place during the summer.