Lake Louise : Why is It So Popular? 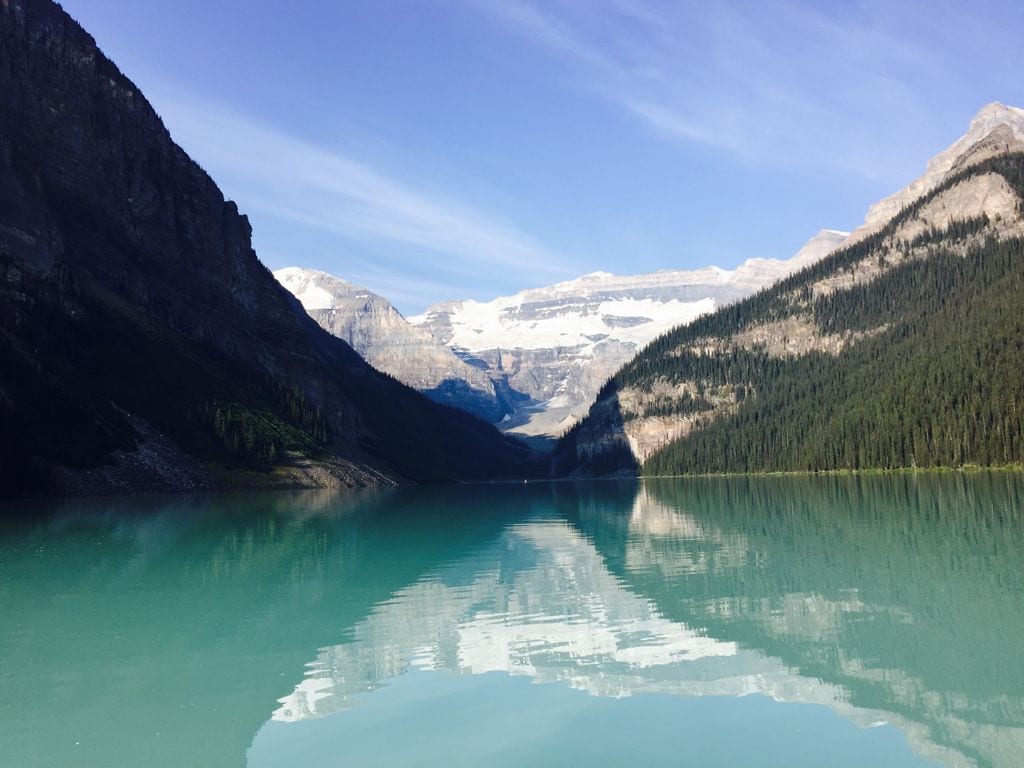 Lake Louise is a Glacial Lake found within Banff National Park in Alberta, Canada.  The lake was originally named Emerald Lake by Tom Wilson during an early survey in 1882. The name was soon changed in 1994 and was named after Princess Louise, Duchess of Argyll.

During the 1890’s the Canadian Pacific Railway manager, Cornelius Van Horne, built a large one story log cabin on the shore of the lake. The cabin today is called the Chalet Lake Louise and after several upgrades was able to accommodate around 50,000 visitors in 1912.

Why is Lake Louise so Popular?

Found at the foot of Mount Victoria, Lake Louise is two kilometers in length, 70 meters deep and stands at an elevation of 1750 meters. The lake changes color throughout the summer from light blue to turquoise. The Turquoise color of the water comes from rock flour that carried into the lake by meltwater from glaciers. Surrounded by mountains, and its distinct colour it’s no wonder that lake Louise is one of the most popular lake destinations in Canada.

When is the Best Time to Visit Lake Louise?

Let’s talk about Summer first. In the Summer the glacial melt causes the color of the lake to change (so that’s a must see). The best time to visit the lake in the summer is around July and August.

During Winter you can enjoy sleigh rides, ice skating, ice climbing, skiing and snowshoeing. Just remember the lake might freeze over after October so make sure you plan your trips with that in mind.

Where do You Stay at Lake Louise?

If you’re looking to stay near the Lake there are a couple of options:

That’s all from us! We hope you enjoyed learning about Lake Louise’s history, it’s popularity and the best time and place for your visit. Are you going to Alberta and trying to figure out which other lakes you can visit? Read all about the other four best lakes in Alberta!