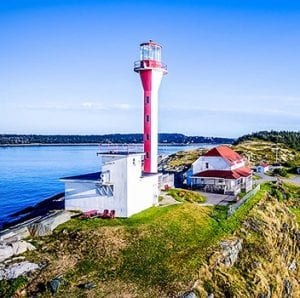 Stargazing at the Cape Forchu Lighthouse

This spectacular and unique lighthouse is the second most photographed lighthouse in Nova Scotia.

The Cape has been welcoming visitors since 1604 when Samuel de Champlain landed and named the area "Cap Forchu", meaning forked tongue of land.

By 1878, Yarmouth was at its peak and was the second largest port of registry in Canada. Here the lighthouse could protect vessels both approaching and entering the harbour. The Cape Forchu light, also commonly known as the Yarmouth Light, was constructed in 1839. 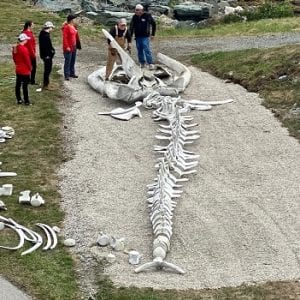 Meet Foggy the Cape Forchu Whale! In December 2020, after an online contest where the public could submit name suggestions for the display on Facebook, the name Foggy was chosen as the winner!

The 50’ whale skeleton was donated by boat builder Stephen Goreham who found the carcass in 2006 on an island off of Woods Harbour, NS. 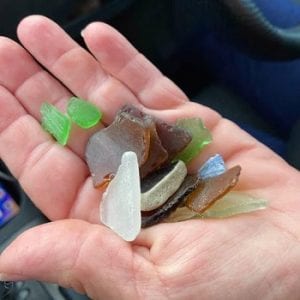 Cape Forchu, along with nearby False Harbour beach and John's Cove, offers some of the best spots to find beach glass in southwestern Nova Scotia! Check out some of our favourite treasures by visitors to Cape Forchu. 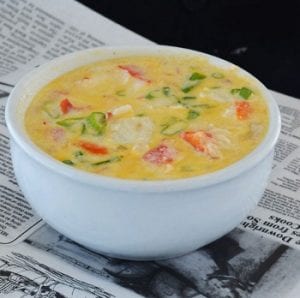 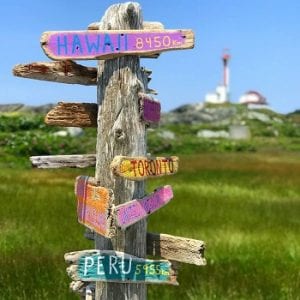 The Leif Erikson trail and park consist of walking paths, picnic sites, and benches located at the southern tip of the site is surrounded by water and affords a great photo opportunity to watch sunsets. Enjoy views of working fishing boats and the open sea or watch The CAT Ferry passing in and out of Yarmouth Harbour. It's also a wonderful place for a picnic!