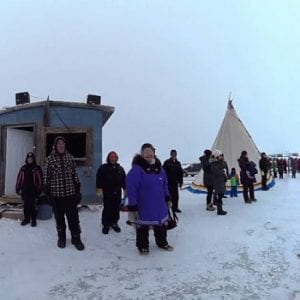 The Aklavik Trapper’s Rendezvous is a community festival that is held annually over Easter weekend. The festival includes dog and snowmobile racing, community feasts, drum dancing, fun games, cultural events and much more.

Aklavik community members and all those from near and far are welcomed each year to celebrate Inuvialuit culture and tradition. 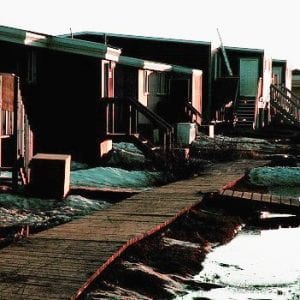 With wooden sidewalks, it seems like a time in Aklavik has stood still.

The gravel roads are built up on the permafrost and have wooden sidewalks for pedestrians on each side at most places. During spring runoff when the ground is still frozen, water pools either on the roads or on adjacent properties. 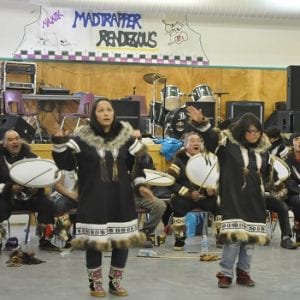 Aklavik is strong in traditional drum dancing, with the region-wide revival spurred on by members of the Aklavik Delta Drummers and Dancers. They share Inuvialuit stories of the animals, the hunt, the land and the ocean through song and dance. 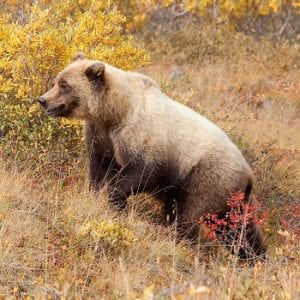 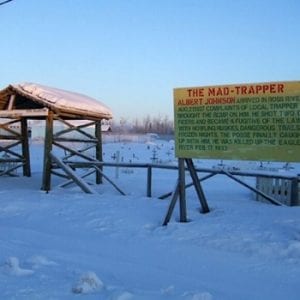 “The Mad Trapper of Rat River”

The story of The Mad Trapper of Rat River is a legendary Canadian mystery that still begs to be solved.

When you visit Aklavik, be sure to check out the grave of the Mad Trapper, who led Mounties on one of Canada’s all-time greatest manhunts in 1932.

In 1931, an unfamiliar man by the name of Albert Johnson spontaneously arrives in Fort McPherson, building a small cabin on the banks of the Rat River, near the Mackenzie River delta.

He led authorities on the longest manhunt in Canadian history, fleeing across frozen tundra and scaling a mountain in blizzard conditions. Albert Johnson played the leading role in a seven-week game of cat-and-mouse that captivated a nation.